Genetic compatibility to have a healthy baby 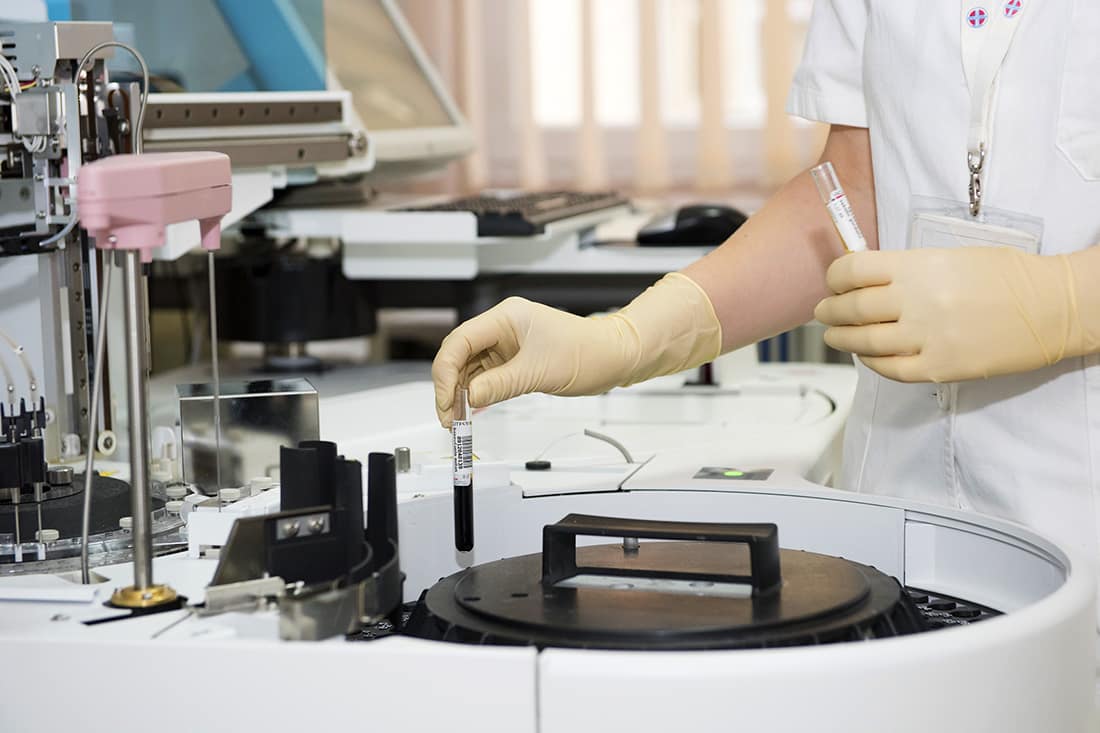 14 Jun Genetic compatibility to have a healthy baby

At PGDlabs Kuwait we offer different genetic compatibility tests to maximize the chances of having a healthy baby. The PGT (or Preimplantation Genetic Test), is a genetic analysis performed on the embryos obtained in an IVF (In Vitro Fertilization) treatment. This test allows detecting alterations in a specific gene, as well as alterations in the number of copies of the chromosomes in the embryos before being transferred in the maternal uterus.

Once the analysis is done, we send a report to the assisted reproduction clinic, allowing the transfer of the embryos which are free of a specific hereditary genetic disease and thus maximizing the chances of giving birth to a healthy baby.

How to know if my husband and I are carriers of a disease of genetic origin?

There is a very simple diagnostic test to check the genetic compatibility in couples to know if there is any genetic alteration that you can transfer to the future fetus. This works for all couples, fertile or infertile, who are planning to create a family and want to know the risks of transmitting a disease of genetic origin to their offspring.

This screening is called Preconception Genetic Test and is done by a simple blood test to the future father and mother who wish to conceive. Through blood analysis, we can check more than 7,400 causal mutations that encompass more than 360 diseases of genetic origin (autosomal recessive and linked to the X chromosome). All the diseases tested have been chosen based on clinical criteria and recommendations of international scientific societies. Before the test, counseling is offered to the couple about it (what we test, how we test it, what are its limitations, possible results).

Once the blood tests have been made, a report is issued in the next 3 weeks, where it is revealed if there exists any identified mutation as well as the specific risks for the future offspring of the couple. This report is given to the couple or to the doctor of the clinic, and post-test counseling is given if it has been positive and there is a high risk of transmitting one of the diseases included in the test.

Thanks to the Preconception Genetic Test, it can be detected if the members of the couple are carriers of a recessive genetic disease or are linked to the X chromosome. Although the carriers tend to be healthy, when both future parents are carriers of a mutation in the same gene, chances are to have children affected by this genetic disease. With the information obtained from the test, it is possible to establish what probabilities there’ll be that the baby will be born with a hereditary disease. In the event that the test is positive, each case will be personally taken care of, offering the couple the best reproductive options to maximize the chances of having a healthy baby.

What treatments are there if the Preconception Genetic Test comes out as of high risk?

In case the tests have come out as of high risk for a genetic disease, do not worry, this does not mean that you can not have a healthy baby. There are different reproductive options, including the PGT, performed during an IVF treatment that allows the embryos to be analyzed for said disease and to select only the ones non-affected to be transferred to the maternal uterus.